Gå til innhold
The last weeks there been some people in my life that I’ve just wanted to scream GET LOST!!! to…
It doesn’t happen very often that I feel this way, but I have lately… But God has stopped me,
He hasn’t allowed me to say what I feel… and I haven’t quit understood why… until today.

I’ve felt that God has been pretty hard on me about this,
that if I did so, I would not only share my feelings,
but I would have behaved like a childish, grumpy Christian…
and that isn’t a good reflection of Christ, that isn’t to be an imitator of Christ,
which we all are supposed to be in every part of our lives.

A week or two  ago I put out a saying on the sites I’m most on;
We all need to be seen & heard. Do you REALLY see & hear people around you?
Or are they just there? Love them like Jesus

We need that someone doesn’t just look at us, we need them to see us
that means that they have to ‘look’ beyond our faces, they need to see our hearts
We need that someone doesn’t just hear us, but that they actually are listening to us also.
Many hear our words, but they never listen to what we’re actually saying,
they doesn’t try to get a hold on what we mean or feel, and why.

and that’s some of why I’ve felt like screaming out, because so many think they pay attention,
think they are behaving in the way that are "expected", but they haven’t seen or heard a thing…

the real reason for things like this to happen is that
we’ve lost the "heart-to-heart" connection we’ve had with that/those certain person/-s
It can be disagreements that comes between us, it can be that we haven’t spent enough time together,
it can be that we haven’t "dusted of" the things that everyday life throws at us of feelings, thoughts, concerns etc
it can be so many things, but there are a "lack/hole" in the heart-to-heart-connection,
something has come in between… and we then many times get hurt by each other,
the other one may not even know that they hurt the other… but it happens anyway.
And if this last for a longer period of time, we might end up where I’ve been;
wanting to scream out GET LOST!

BUT
that isn’t what I actually want…I feel like that, but it isn’t what I want,
I want the other person/-s to get closer again,
I want us to re-establish the heart-to-heart-connection we had,
I need to be seen and heard for real,
and be allowed to see and hear that other person too

and that is what God showed me, that what I want isn’t to scream GET LOST! but instead;
please GET CLOSER again, (or maybe COME CLOSER is better to say?)
because I need you to see me, I need you to listen to me,
that we again have open hearts toward one another

why we get hurt when things like this happen?
Because the other one/-s have an important place in our lives and hearts,
with other words;
we love them and need to be allowed to share life with them, we need one another
we need to be seen and heard, and allowed to see and hear others also 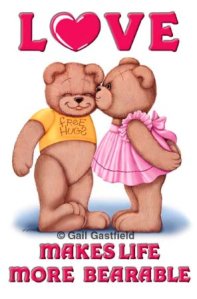 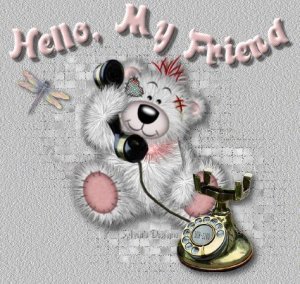